Telegraph to the Fibre Optic Cable2001 to Now 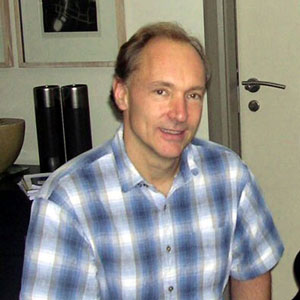 The developments in electronic telecommunication throughout the twentieth century allowed for the development of the internet and the World Wide Web. Indeed in the later part of it the WWW was invented by Tim Burners-Lee an English scientist from CERN. However at the start of the twenty-first century the WWW was still very primitive compared with today and the internet infrastructure was still too slow to deal with all of the large websites with lots of multimedia on them. Most of the developments in the twenty-first century have been involved with making the internet and the WWW more interactive and allowing more multimedia to work online.

Also millions of new websites were created and continue to be, coving a whole range of subjects. At the same time that more websites are being created more and more people are getting online to access them and create them.

The world famous internet encyclopaedia, Wikipedia, is created by Jimmy Wales. It becomes one of the biggest sources of information available on the internet and is extremely popular. Wales made it accessibly to as many people as possible by making it a free service which anyone could update and add to. This also helped to rapidly expand the amount of information it had and keep it up-to-date, something which proprietary electronic and paper-based encyclopaedias could not do as quickly.

Allowing anyone to edit and add to the information available has its downsides as well. One of which is it is easily vandalised. However to help try and keep the information as accurate as possible and to a suitably high quality, all the information added or changed has to be referenced and moderated by the Wikipedia Community, thereby helping to reduce misinformation and vandalism on the site. 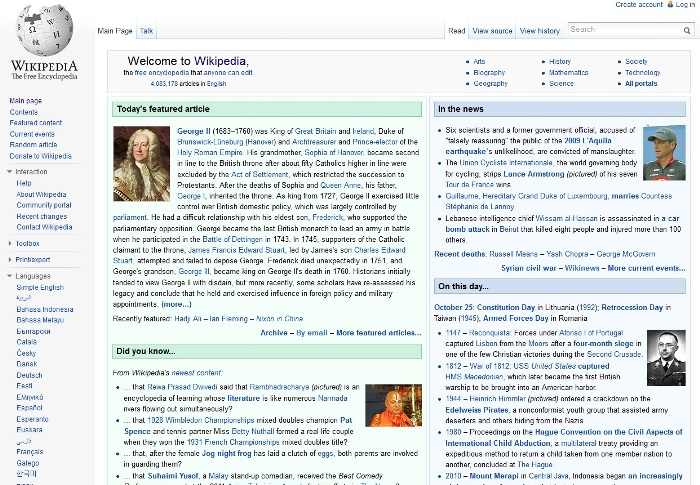 Using fourth generation fibre optic technology it was possible to send data at a rate of 14TB/s compared to the 6MB/s that was possible with the first generation. This new high speed and capacity fibre cable helps to build an increasingly faster communications network, which the increasingly busy internet requires to continue to operate faster and efficiently. This is essential if the WWW and the internet are to continue to develop at the rate they are currently because the amount of traffic on the internet is continually increasing.

The old website languages XHTML1 and CSS2 were becoming very dated and were not allowing developers to easily add more interactive multimedia to their sites. If the WWW was to continue to develop, a new set of more powerful and interactive languages needed to be created to allow this to happen. The solution was HTML5 and CSS3 these allow web developers to easily add multimedia content such as sound and video using HTML rather than a third-party program, such as Adobe Flash or Apple Quick Time Player.

With the new languages it is also possible to build entire games and animations with languages which at one time were used for nothing more than marking-up and styling content on the internet.

Since 1729 when, Stephen Grey discovered that electricity could be sent over long distances using insulated wires, electronic telecommunication has come a long way. But it still has a long way to go yet. What it will be in the next 5, 10, 50 or 100 years time? It is completely up to us and only limited by our imagination.