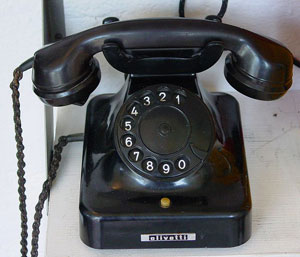 The next fifty years will see the infrastructure that the World Wide Web relies on, being built this included the invention of the fibre optic cable, ARPANET and TCP/IP. Also in the late part of the twentieth centenary the World Wide Web will be invented by Sir Tim Burners-Lee as a way of sending linked information to anyone and everyone possible.

The first transatlantic telephone cable is laid making it easier for the UK to call overseas to America and helping to clear out the old telegraph network system.

The USSR launches the world's first artificial satellite Sputnik 1; it transmitted low frequency radio frequencies. This was the start of the satellite communications network which is still used today, however far more than just communication can be done with satellites now as well as the technology being far more efficient.

The Ruby Laser is invented which is considered to be the first successful optical light laser. This is one of the inventions that would make the fibre optic communication possible because long streams of light could be sent in a direct straight line which would be required to send signals along long fibre optic cables.

NASA launches its first artificial satellite Telstar, the first non-public then later public television images are transmitted via Telstar between Europe and the USA. This was a major advance in the development of satellites as they could also now send television recordings across the world very quickly using satellites. 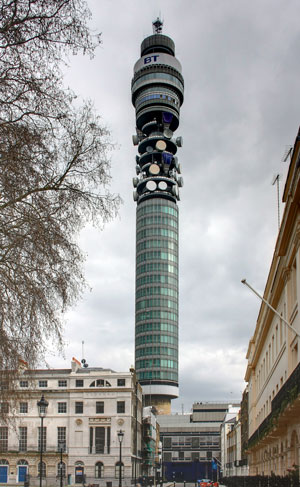 The "Post Office Tower" is built in London to handle ever increasing telephone communications. This demonstrates in increased amount of telephone traffic the telephone system had to manage due to the continually increasing demand for it. Indeed more people were getting phones in their own homes and not using them just in central points, something which the telegraph never achieved.

Cable & Wireless built their first earth satellite to assist with the Apollo moon landings. At this time satellite communication is still very new, however it is continuing to develop fast and becoming an increasingly powerful tool.

ARPANET is developed and is the first packet switching network in the world. Packet switching networks split information up in to little pieces known as packets before they are sent to the next computer. This is the way the internet sends its files across to other computers across the world. It is this network and some of the protocols it used to send packets, such as TCP (Transmission Control Protocol), which are still used today on the modern day internet.

Bob Kahn and Vint Cerf invented TCP, is the start of the very protocol which the World Wide Web requires to send information from place to place across networks. Many different versions of TCP have been developed to improve it and make it more efficient and usable such as TCP1.0 and TCP2.0.

Robert Metcalfe invents Ethernet to wire local computers together. This allows many computers to be networked together in an organisation and they are still used today (in a much more advanced form). Many of these local networks will be, in the future, linked to the internet using a NAT (Network Access Translator) to allow all of the computers access to it without all having to be assigned special IP (internet protocol) addresses. As the internet and the World Wide Web is developed, more internal networks using Ethernet and wireless LAN (land access network) will be connected to the internet.

The development of their first commercial fibre optic communication system was finished. This is the start of a system that would allow the sending of large amounts of data across the world very quickly allowing for large websites full of large multimedia to load in just a few seconds for their users.

IPv4 was invented as a method of sending packets (bit of information) across the internet and other networks. This would be the standard for many years until there were no longer enough computer addresses available to give to all of the computers that needed access to the internet. It would later be replaced by IPv6 which allows for many more addresses than IPv4 allows for. 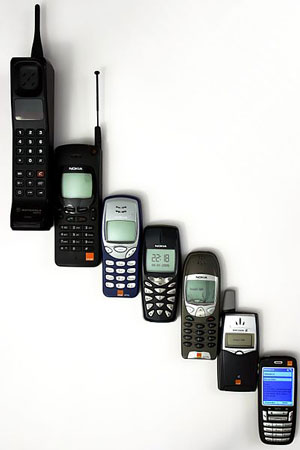 The first mobile phone call is made in the UK. The reception is only available in London, which rendered its usability to being very limited and the cost of the calls and the phone meant that very few could afford it. However the mobile phone used to make that call, was the starting point for many more successful phones to come and the mobile phone revolution.

The mobile phone went on to become very popular and by the early twenty-first century the vast majority of the population had one in the UK. By that time the mobile was able to do far more tasks than just calling people. Some of the many tasks which they are now able to do now are:

Not all phones have all of these capabilities today but the vast majority can at least to texting as well and phone calls.

TAT-8 was setup and was the first transatlantic optical fibre cable this allows the high capacity and speed transfer of data and calls between the UK and America. This cable had nowhere near the same capacity as modern day fibre optic cables however it was still very fast and a massive step forward in the switch from copper wires to a speed fibre optic network which is nearing completion today.

Tim Burners-Lee invents the World Wide Web; this is possibly one of the most important inventions of the communications history. It is the World Wide Web which has allowed so many people from all kinds of different backgrounds to access one of the best networks of information the world has ever seen.

The WWW has allowed many people to interact with each other and share information, in a way which they would have never been able to before. It has truly revolutionised the world and changed our life styles in ways people would have never thought of at the time.

In the 1990s the WWW was nothing like it is today, it was more directory of information and there was very little multimedia or social networking. This was all to change in the years to come with the inventions of Macromedia (Adobe) Flash, MiniClip, Youtube, Facebook, Twitter and iPlayer, which made the WWW much more interactive.

The WWW became not just an efficient tool for accessing and linking information, but it became a new way of socialising and spending recreational time.

The W3C (World Wide Web Consortium) is setup to help set web standards. This was required to keep the WWW easily accessed by all, otherwise it would have gone into disarray and set standards would not have been available to follow to make things accessible to all the people who wanted to access it.